The NVIDIA GeForce RTX 3060 Ti will feature GA104-200 GPU with 4864 CUDA cores and 8GB of GDDR6 memory clocked at 14 Gbps. The bus width will be 256-bits for a total bandwidth of 448 GB/s of bandwidth. Since the board will require less power, the TBP should be around 200W with the reference design clocking in at around 180W. This is a 5W increase over the RTX 2070 at 175W and in line with how we expect the Samsung node to fair in terms of power efficiency when compared to TSMC’s nodes. It is expected to have an MSRP of $399 and will launch on December 2. 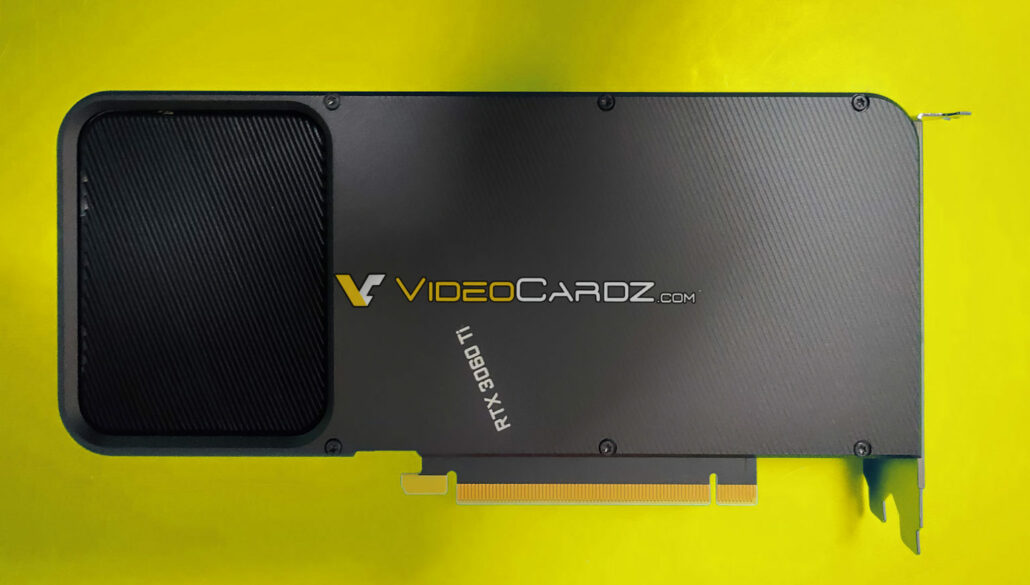 The Founder’s edition variant features the now-familiar metallic black aesthetic of the RTX 3080 and RTX 3090 but both fans are on the top of the card with a small cutout in the backplate visible in the back. The overall shape and form of the founder’s edition is very consistent with the RTX 3000 series. The fan towards the end of the card is going to be pushing the air through the heatsink and out the bottom – which is an interesting design philosophy when compared to graphics cards from earlier in this decade.

As far as benchmarks go, the RTX 3060 Ti is faster than the RTX 2080 SUPER and should trade blows with the RTX 2080 Ti. It is faster not only in shader performance but rendering (compute) and ray-tracing capabilities as well and completely demolishes the older RTX 2060 SUPER it replaces. Of course as with any benchmark comparison, always keep in mind that you should wait for third-party results before making any decision.

Keep in mind that the reason NVIDIA’s RTX 3090 and RTX 3080 cards are not scaling linearly in performance is due to bottlenecking by game engines and binaries that are not designed to handle this much amount of cores. We know that the hardware and driver stack scales linearly because of the benchmark performance of these cards in software like vRAY and Octane – which are designed to handle a huge amount of graphics power. This means that as you scale down cores, performance will not scale down linearly. In fact, I fully expect the RTX 3060 Ti to beat the RTX 2080 clock for clock! Assuming slightly less clocks than the RTX 2080 Ti, it should easily trade blows with the former flagship.

Yields for the initial few batches of the Samsung 8nm node are lower than expected and expensive. The company expects the yields (and therefore prices for wafers) to significantly improve in the coming months. To protect its shareholders, the company has been cautious about its orders of the first few batches and has placed significantly higher volume orders for later batches. This problem was further exacerbated by bots scraping up the entire volume from the get-go. We expect the bulk orders to start hitting by the end of the year (assuming, once again, that miners don’t gobble it all up of course).

Would you buy the RTX 3060 Ti?
Poll Options are limited because JavaScript is disabled in your browser.