Walmart brawl between two women over a PS5 ends in one stomping on the other, knocking her out cold

By Holden Walter-warner For Dailymail.com

A PS5 gaming console was at the center of a violent brawl at a Walmart in Charlotte, North Carolina as customers were doing their holiday shopping.

The incident went down on December 13, less than two weeks before Christmas, and the Walmart appeared to be packed with shoppers.

The video, recorded by Twitter user @__justkeith, begins as the shouting match has already begun, allegedly over a PS5, according to TMZ.

An unidentified woman with long braids takes off her jacket, seemingly primed for a confrontation as the yelling persists. 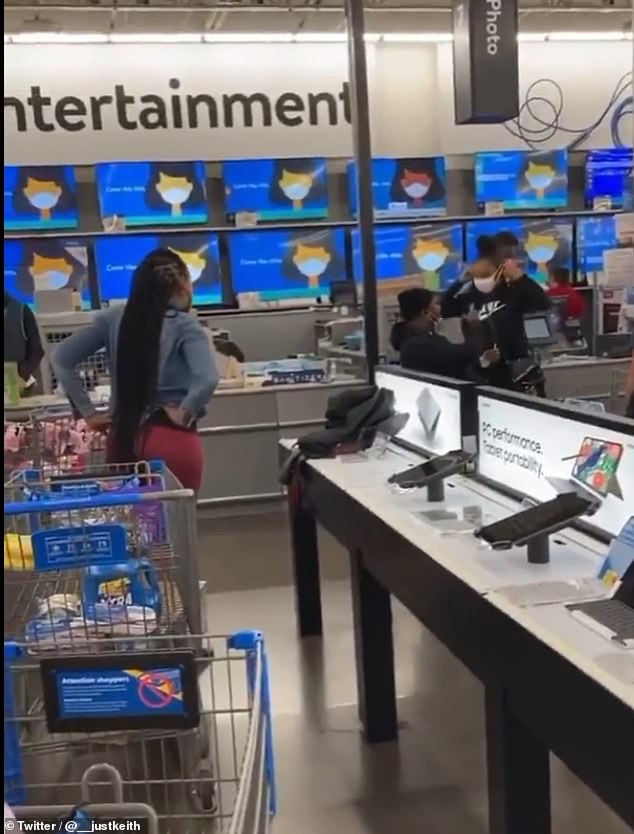 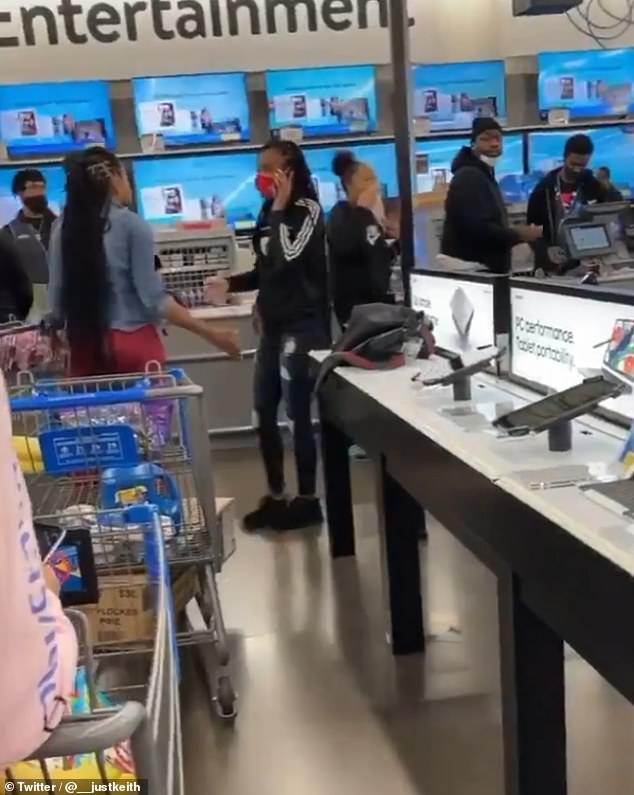 Multiple people tried to intervene, including this woman in a red mask who tried to calm things 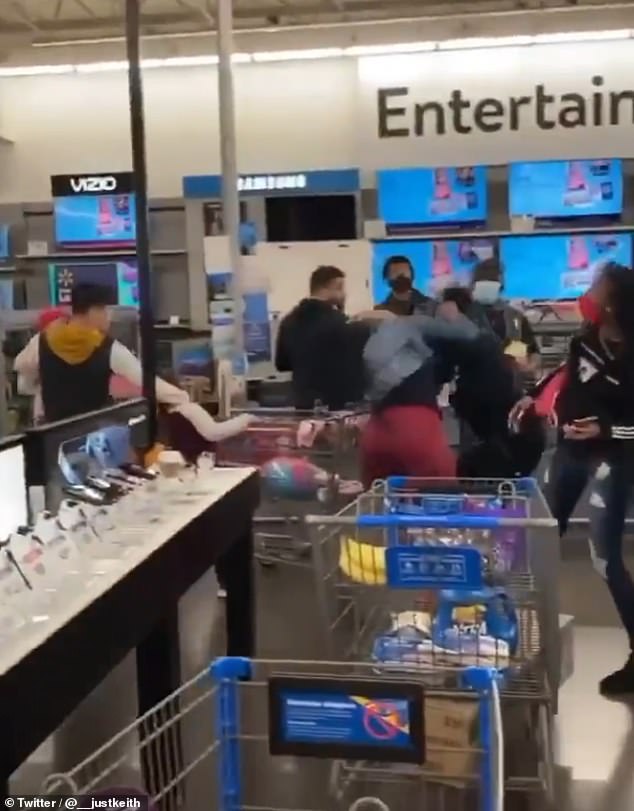 After some yelling and attempts by others to calm the situation, the two are seen fighting

What is being yelled isn’t easily decipherable, but the tension at the Walmart is clear.

Several people try to intervene, including a man in a motorized scooter and a woman wearing a red mask, all as the woman with the long braids yells ‘What the f**k are you gonna do?’

At that point, the other woman, wearing a black sweatshirt, approaches the woman with the long braids and they both start swinging in the electronics section of the store.

People crowd around watching, but nobody appears to be intervening. In fact, many have their phones out recording.

The woman in the black shirt eventually overcomes the woman with the braids and starts slugging at her head. 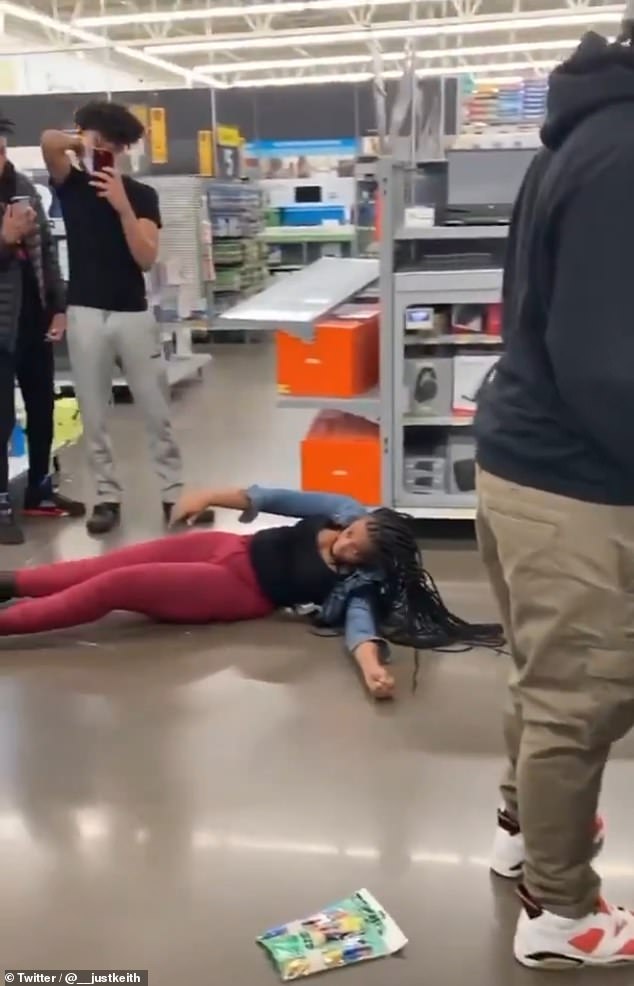 Many people stood around during the fight, recording it on cell phones without stopping it 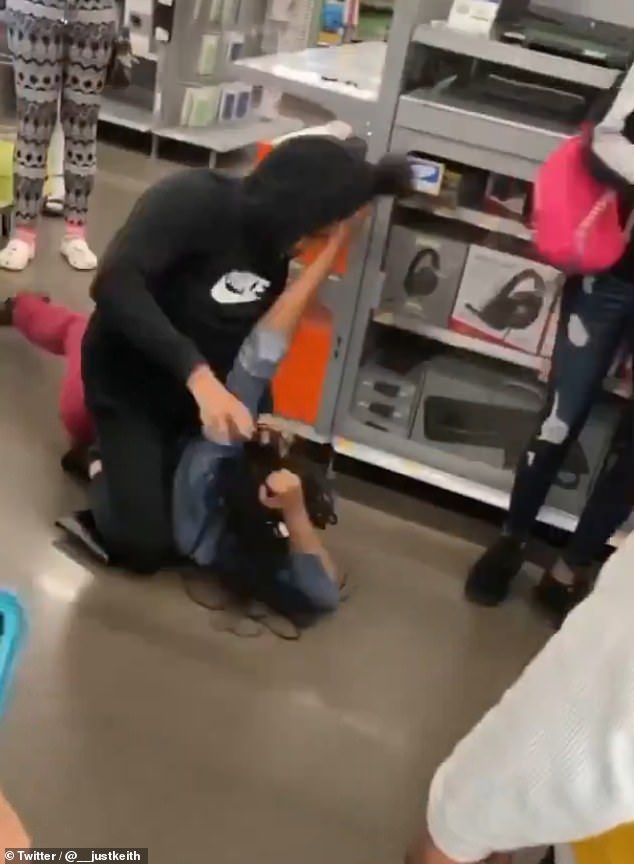 Eventually, the woman in the black sweatshirt overtook the woman with braids

Someone finally manages to break them up, but the woman in the black sweatshirt stomps on the other woman’s head, knocking her out.

After a few seconds, the woman with the long braids starts to come to.

TMZ reports neither woman was cited or arrested, as they were both gone by the time police arrived on the scene. 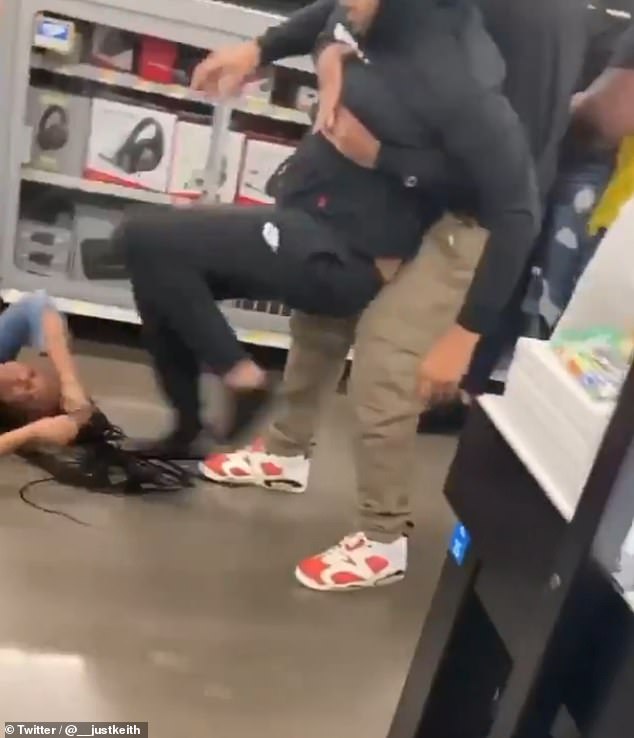 As she was being removed, the woman in the sweatshirt stomped on the other woman’s head 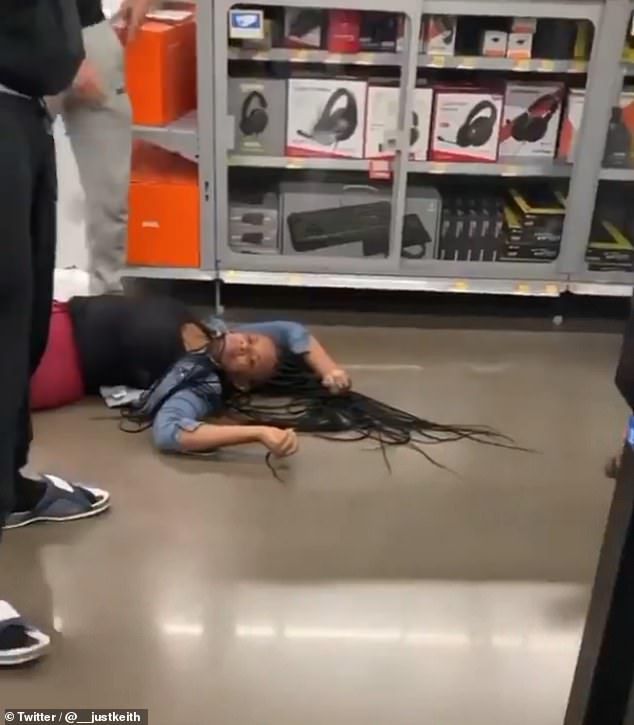 Since being released a month ago in the United States, the PS5 has been one of the hottest shopping items for the holidays, frequently selling out both in stores and online.

Just a few days ago, several people – including a woman holding a baby – had a brawl with cops at a Florida Walmart after the store’s PS5 availability ran out.

That incident resulted in three arrests.